I learned a new word today: 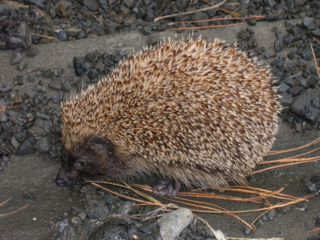 It means someone or something that looks resembles a hedgehog. No, really!

Of course, this word lends itself to some fun sentences:

- Hey there, hotpants ... you're looking rather erinaceous tonight.

- Dang, that's one erinaceous chair. I might not sit again for a week.

There are a lot of things I don't have these days--some big, some small--some important, some so not! One thing I do have, big and important, is the unconditional love of my parents. They are still around, still together, and still care about the wellbeing of their children even more than they probably should. They may live 21 hours away by car, but they want to know everything that's going on in my family's life and we pretty much talk every day, even if for a few minutes. This is a big deal for me these days when I've come across a lot of broken parent/adult child relationships.

This is not to say everything is always eazy-peazy-lemon-squeezy. Not at all. Actually, the last couple of years have been full of challenges and unexpected twists and turns--lousy situations nobody should have to deal with for the first time in their seventies. Still, their love, help, concern, and humor is unconditional. There's something amazing about that word: unconditional.

We need more of the unconditional in the world, I think. 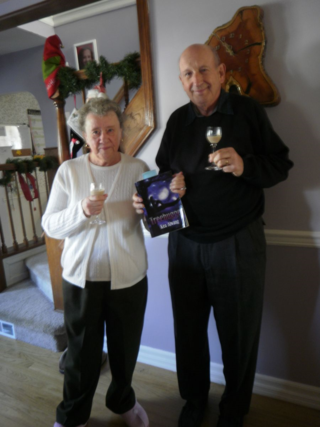 Silver Lining / Blessing #3: People who get it

Like many, I'm shocked, upset, and cringing over the loss of Robin Williams. We all ask the same questions, trying to navigate the hows, whys, and why couldn'ts. At first, I saw quite a bit of idiocy on social media and in the media at large. Maybe idiocy is putting it lightly. But such accusatory words as "selfish" and "cowardly" are flung around often when suicide is discussed, aren't they? Such opinions must come from folks who haven't dealt with major depression and have never come close to ending their lives. And I think such obnoxious opinions come from fear, too. Because, logically, who would take their own life? If someone who appears to have it all can do such a thing, what's to stop anybody else? So some people put up a wall of arrogance against the idea of not being able to handle one's life... as if claiming that people should just get over their despair is some fantastical assurance that such depression will never happen to them.

But you know what? Something about Robin Williams' sad story is drowning out the voices of people with limited life experience and/or great fear. At least, that's the way it seems to me. Suddenly I'm seeing far more voices stepping forward who either understand that everyone has their demons ... or they at least want to understand. The compassion that's unfolding over FB, Instagram ... wherever ... feels like people coming together--stepping into each others' shoes. Had Robin lived beyond the moment he decided to end it all, weeks from now, he might not have believed how he could have considered ending his life. Because, no, it's not logical to want to end it all. But depression isn't logical, and it's made up of chemical reactions we don't fully understand yet, plus the individual soups of experiences that people bring to the disease.

Anyway, while the loss of someone who brightened so many of my days is nothing short of tragic, I am thankful for the glimpses of the good in humanity I've seen lately. It's like that meme that comes around every so often: Be good to people, because you never know what people are wrestling with behind their anger or behind their smile ... or something like that. RIP, Robin.