I was super impatient yesterday. Nothing was found, completed, remembered, or acted upon fast enough for me. Just one 0f those days, I suppose. What took so long? Want a list? Either way, here it is:

1) One goal was simple: Season my new wok and cook a healthy stir fry dinner. Do you have any idea how long it takes to season a wok? The instructions basically said it would take a total of forty minutes. Well, not much was happening after the second attempt, so I hit You Tube for tutorials. It's working now, but it takes forever. One houseful of burning oil fumes later, we are only at this point.... 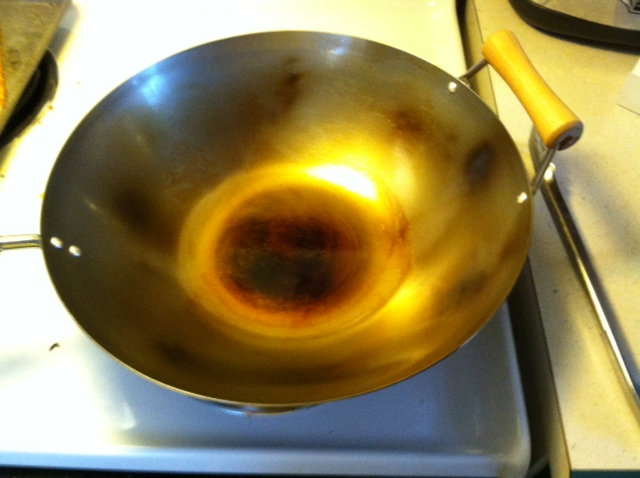 Apparently, it's supposed to get as dark all over as it is in the center.

Stir fry did not happen last night. It wouldl take me the rest of the day to heat, then cool this pan three more times. Maybe tonight.

2) My Middle Grade series, The Secret Path of Ned the Ninja, launches April 9th. The final changes were made and uploaded for file approval. The process takes about 24-hours ... no surprise there. Still, I'm antsy to check a digital proof and finish prepping for launch. Honestly, if this process went faster, I never wouldn't have gone near the wok. 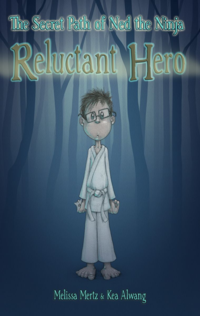 3) I have a particular purple pen I use for signing books and writing notes. There are at least six of them in this house. Think I could find one? I'd show you what it looks like, but ... well, if I could do that....

4) The book that follows Risktaker in my Based on a Dream series is in edit mode. The way I work, editing runs many passes. Due to a bunch of family obligations this week, I have missed four days of edit work. It's killing me. But, such is life. I get to dig back in today.... 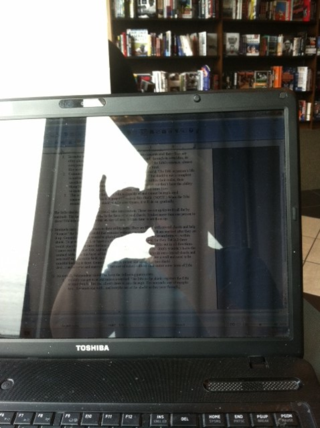 5) I need true spring weather to make a commitment. Winter for most of us was brutal, wasn't it? I was freezing again yesterday afternoon when I had to grab something out of the backyard. Suddenly, something caught my eye from a corner, near the fence..... 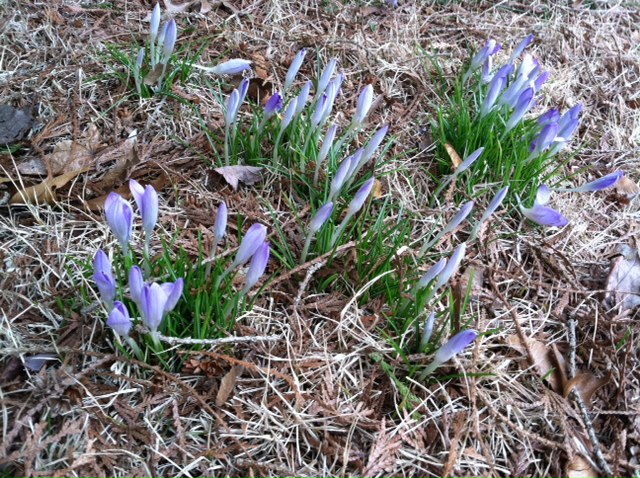 And, hopefully, it won't be long before I can work in my "backyard office."

Anyone else seen signs of spring? Know a faster way to season a wok?

EMBRACE the Ides of March! 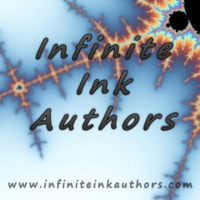 Why should we embrace the Ides of March, rather than beware of it? Because today, March 15, 2014 marks the launch of Infinite Ink Authors. I'm proud to be part of this new, nine-author co-op, which focuses on Young Adult Speculative Fiction. If you're not familiar with what speculative fiction is, think of it as all the most exciting genres in YA fiction. That is ... fantasy, dystopian, and science fiction. Speculative fiction is the sort of stuff that is born of an author's wild imagination and delves deep into the minds of readers to tickle their imaginations.

To celebrate the launch of Infinite Ink Authors, we have put together a super giveaway. Just enter the Rafflecopter below or on our IIA website and you could win Amazon Gift Cards or Kindle Packs of our books. You can't go wrong with winning any of it--the books are super! We hope you'll try our work, and if you already have ... please pass this opportunity on to your friends. Thanks! : )

Oh, wait! I just thought of a reason to BEWARE the Ides of March! If you win any of our books, you'll probably wind up reading big time, but forget to do much of anything else!

My Dad -- a Well-Rounded Guy

My family, immediate and extended, has had a run of tough stuff over the past couple of years. There have been job losses leading to financial crisis, people moving cross country, one person choosing an ego- and ignorance-driven midlife crisis over her husband and children, assisted living arrangements, and a major car accident. None of those are easy to deal with, especially in today's economic climate and after such a long run of prior long-term consistency in not having to deal with such issues. It's a lot of change to get used to, a lot of damage control and rearranging of mindset, finances, and habits to wrestle. And it's hard to truly help each other when individual families within a family are so busy dealing with their own damage control. But you know what they say, when it rains, it pours.

That's when you hope, wish, pray that someone has the common sense, intelligence, and calm to blow a whistle and make the chaos slow down so you can at least think. That person turned out to be my Dad. Since he has always been the person to worry about the future and plan for it, he was the last person anyone wanted to tell about their current dilemmas. So my brother and I kept our mouths shut about some of them for a while. Big mistake: My father picks up on things. Hey, he was Valedictorian of his high school, he made it through Vietnam in one piece, and worked in the Supreme Court with some pretty crazy defendants. So he's smart, he can smell trouble, and he knows sneaky.

Still, once he found out about one disaster after another, he kept it together, better than we did. And this is where I know that, despite all the chaos, I'm a lucky girl. For one thing, today ... on his 72nd birthday ... I'm lucky to have him around. All his research on vitamins and supplements, etc, may drive some nuts, but he's kept himself and my mom reasonably healthy with it all! Also, I know that not all "kids" have had a Dad who takes the role of "father" so seriously and as his most important job. At an age when the last thing he should have to worry about is his kids, he has helped to keep his son and daughter on an even keel. He's proof that people keep on growing and changing past the age of fifty, because he has had to make lots of adjustments in his way of thinking over the past couple of years. He didn't expect a daughter-in-law who he would have done anything for to try and take advantage of her ex-inlaws or play with her family's lives like a wayward teen. For my Dad, family is family and runs on unconditional love. So this made no sense to him. These days, loyalty and sacrifice seem to be an old-fashioned idea. 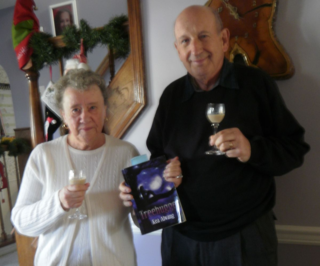 My Dad takes on too much and worries too much at times. But it's all part of being the sort of guy who, if there were many more like him, could right the world. He still holds his wife's hand as they walk down the street, worries that his son-in-law doesn't realize he is proud of all his efforts, he takes up new interests (bike riding and golf), makes brownies that could probably create world peace if delivered en masse to the UN, provides financial advice, jokes around to lighten the mood, was the first person to call his sister with a "good morning" and last person of the day to say "goodnight" when she lived alone and still speaks to her frequently now in assisted living. Our politics are often different, but the reasoning behind his is, nevertheless, noble. He gives to charity, helps out his friends, cooks for my mom, thinks I write better than JK Rowling, and probably should join his church choir because he's the only member of our family who I know of who can carry a tune.

Does the man have any flaws? Sure. I have inherited his stubbornness. And he can have a real temper...usually because he's worried about something not going right. Oh, and from the age of about four through ten, he had me believing we were from another planet. Ever heard shortwave? Yeah ... he would play it, fiddle with the tuner, and tell me it was communications from our home world. (Can I tell you how disappointed I was when I learned what shortwave really is?) So I suppose I should thank him for my choice of writing scifi/fantasy.

Happy Birthday, Dad! You have always been my hero, but especially this past year and a half! When the guy who always worries tells you not to worry, it makes an impact! Love you so much!