Breadcrumb Angels: What friends are for ...

I think I have mentioned it in an earlier post somewhere, but 2013 is a sucky year--not only for me, but for a lot of people I know. I've never been a big believer in 13 being an unlucky number, but this year is really testing that theory. Not long ago, the negative blips, bumps, and disasters finally took their toll, snowballing into a level of anxiety I've never experienced before, complete with hefty physical symptoms that I would have found fascinating if they were not so darn scary. It was one of the most frightening experiences of my life. I could barely think straight. It was difficult to take action on anything from choosing items at the supermarket to formulating a properly written sentence. I never want to feel so unable to get back on my feet again. 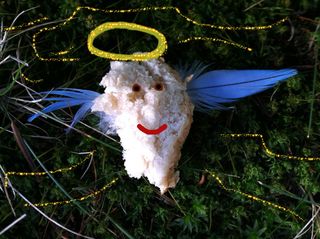 I'm fine now, crisis mode averted, but I still marvel at how so much strain, fear, and worry can take its toll on a person. Remembering all the bad stuff this year often seems like squinting backward at a dark path through the creepy woods in the Wizard of Oz, while the path ahead fortunately appears to grow lighter. But what I've noticed lately when thinking about that dark path is that it really wasn't pitch black all the time. There was light in the form of little sparks here and there. Those sparks kept me moving forward, if only one baby step at a time. I did a lot of praying on that path and believed there would ultimately be something down the road in the way of a plan for resolution. However, being the very impatient, think-outside-the-box, need-to-know-what's-going-to-happen-right-now sort, I couldn't stave off the panic by waiting for whatever was in store for me and my family. Now I realize that maybe those sparks along the dark path were placed there specifically for very impatient me ... like glowing bread crumbs sent from above to keep me and my family going. Those bread crumbs, angels really, came in the form of some very special friends and family. So without naming names, since many of them don't like that sort of thing, thank you to those amazing people in my and my family's life who ....

... always made time to listen whether I was coherent, blubbering, blithering, or just overly pissed off

... tried every stupid trick in the book to make me laugh at the expense of their own dignity

... shared their own various experiences for comparison--some rather personal

... swore the bad stuff wouldn't last forever, that it would change in a way I did or did not expect, one way or another.

... offered a place to get away from it all if I needed to

... offered their basement if worse would ever came to worse

... gave up an extra couple of days visiting with their parents

... wrestled with my negative perspectives and pinned them down for the count

... written glowing reviews of my work. (You who have might not really know me, nor I you, but there is a literary bond between every reader and writer who positively share a story.)

... gave me a new project/challenge to focus on from time to time while in the midst of packing to literally move across the world.

... took me and my family to lunch or dinner

... called from Germany at the perfect moment.

... helped me tie my superhero cape back on and double-knot it.

I think I know how Star must feel about her buddies in the BOAD series, because the friends that have helped me in all these ways have been my CK and Leada this past year. I still don't know everything that lies ahead ... and none of us really do for any of our lives. However, I could never say enough thank yous to my breadcrumb angels who helped me get past the darkest parts of the path out of the woods.

Something else I learned: Once you find your way out, you're able to remember how so many are on paths blacker than yours ever was. People are enduring floods, fires, war, divorce, severe illnesses, and the forever-tragic effects of terrorism. Let's always remember to extend friendship, support, prayers (if that's your thing), and good will to those at any level of crisis. I treasure those who have extended all that to me and plan to pay it forward. 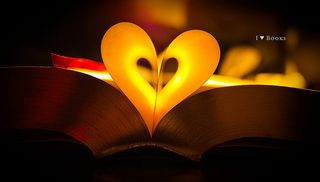 I wanted to call your attention to a call for submissions of new or used books in good
condition for contribution to a children's hospital. Hopefully, we can help build the selection at the library created in this little boy's name.

Erik's Book Drive - This is the FB
link to the event.

From the event site:
"Erik was only two months shy of his fourth birthday when he was diagnosed with leukemia on August 3, 2012. Sadly, he suffered complications during his first round of chemo. He developed four bacterial infections in his blood and earned his angel wings on September 5, 2012. He would have turned four on October 5.

Erik filled his world with his vivid imagination. He loved books. Story time was anytime for him. In his honor, Tim and I wish to collect books for the Walt Disney Pavilion at Florida Hospital for Children. This is the hospital where Erik was treated. In the time that Erik spent there, the book selection present for the children to read all seemed like things picked out of the bottom of a bargain bin. Erik always had the best books and we would like to bring that to the hospital. We welcome books suitable to all children, from babies to teenagers, girls and boys. Please help us collect an amazing legacy to be presented to the hospital in Erik's honor.

Just a reminder, since so many have asked: Donated books should be new or gently used, in English or Spanish, and suitable for children, kids, tweens or teens aged 2-17.

If you need our address for non-Amazon orders (or orders not on the Amazon Suggested Books Wishlist) or to drop books off at our home, PLEASE send a private message to Tim or Dianna. We will happily give it to you."

I donated a picture book and a teen book last year and will do so again this year. I think I'll have SB and EBG tell me which storybook they loved most from their younger years and send a copy of that. And since I sent Treehugger last year, I'll send Risktaker this year.

Which picture books were your favorite as a kid?

Batman is getting emotional over my book! Who cares about Affleck? I've lost interest on whether or not Ben Affleck is going to make a good Batman on film. Why?
Because CLEARLY the REAL Batman is caught up in an emotional attachment to the 2nd book of my YA fantasy series, Risktaker!
Want to catch up with Batman?
The first book of the series, titled TREEHUGGER, is FREE for Kindle today, Sept. 4th, on Amazon! (Last Day!)
So Visit Amazon.com and download today!
Want to read a couple of the most
recent (awesome) reviews first?
Check out PureGeekery.net and AwkwardGeeks.com
Want to WIN an e-copy of the very book Batman is reading? Check out my interview on PureGeekery.net.

Free Kindle book (Treehugger, Based on a Dream, #1) 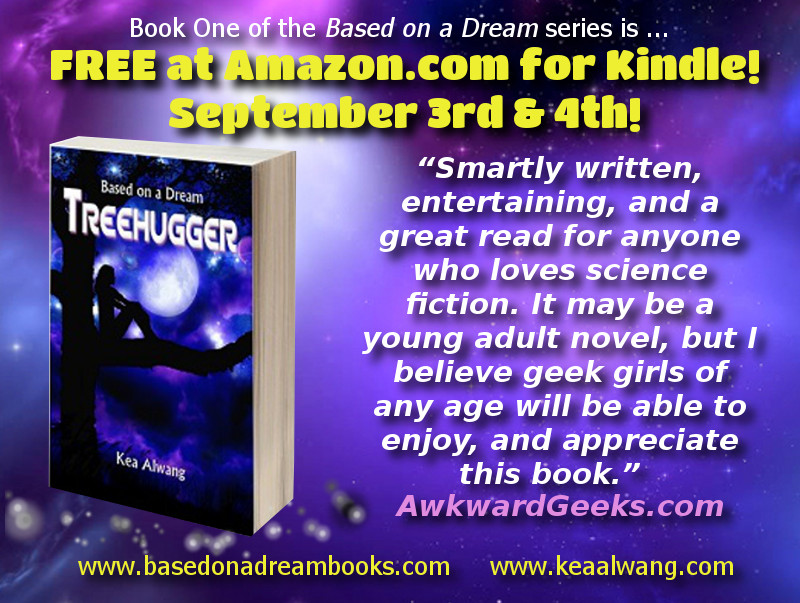 Treehugger will be available for FREE kindle download
Sept. 3rd and 4th, 2013.
So how do you download Treehugger for free for your kindle?
Visit Amazon.com!
Want to read a couple of the most
recent (awesome) reviews first?
Check out PureGeekery.net and AwkwardGeeks.com