"The Hunger Games" versus "Twilight" on the Big Screen

Looking back, it was the trailers for Twilight and The Hunger Games that influenced how quickly I needed to see those films: I wound up waiting to see Twilight (and all its successors) on DVD, yet I attended a 9:20 a.m. showing for The Hunger Games the first day it was out. 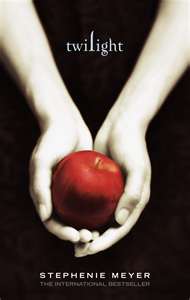 Twilight had such potential for a great series of films! 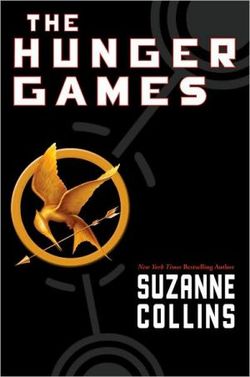 Now, book-wise ... I love both series, but if pressed to pick one over the other, Twilight would edge out Hunger Games by a fang's width. So what made me wait to see Twilight the film on DVD, yet juggle my schedule around to catch The Hunger Games on opening day?

1) LEAD FEMALE CHARACTER: Straight from the trailers, it was obvious to me that the casting for Twilight was "off." Stewart looked the part of Bella, but her acting was cardboard. At first I thought that Stewart was just a lousy actress, but after watching trailers for her upcoming film, Snow White and the Huntsman, I wonder about that. She actually seems quite good as Snow White on first impression.  So I can't help but wonder, did Twilight's director, Catherine Hardwicke, coach her to overplay Bella's supposed plain-Jane demeanor? Because, if Bella came across as that dull in the books, I never would have gotten through the series. Then again, Hardwicke didn't direct all the films. Anyone have thoughts on that?

In contrast, Jennifer Lawrence lifted Katniss straight out of the pages of The Hunger Games. Apart from director Gary Ross' talent, it's obvious that Lawrence is a gifted, versatile actress. If you haven't seen her star in Winter's Bone, be sure to make a point of doing so. A word of warning, though: Winter's Bone is twice as depressing as The Hunger Games, but it does a beautiful job of showcasing Lawrence's acting chops. For those who have read The Hunger Games, you might find yourself easily aware of what Katniss is thinking during those moments in the film where there is no dialogue. Lawrence reflects those thoughts in her eyes, her expressions, and mannerisms.

2) LEAD MALE CHARACTER: I don't remember which actors author Stephenie Meyer used to have on her website as her personal preferences to play Edward, but I do remember they looked more like Edward to me than Robert Pattinson does. In fact, I find him sickly-looking in the Edward makeup (yes, I do realize he's supposed to be dead!) and creepy (again, yes, I realize I'm talking about a vampire here.) Looks aside ...  the acting is, again, stiff and unnatural. Being Team Edward, I found Pattinson's representation disappointing from the first trailer. I haven't seen Pattinson in anything else except for his smaller role in HP's Goblet of Fire, so maybe this is, again, a director problem? On the other hand, I think Taylor Lautner was a nice fit for Jacob and his acting more natural, but opposite the film-version of Bella, he didn't have too much to work with.

Lead male for The Hunger Games? Bookwise, there are two leads, Peeta and Gale. This first film however, shows Gale in a limited role. So Peeta is the real lead here. However, Liam Hemsworth deserves more than a nod as Gale: He is close to what I imagined Gale to look like, and he portrayed Katniss' best friend to a "T." Josh Hutcherson was not all that close to what I thought Peeta looked like, but I was willing to substitute him in my head. Hutcherson expertly portrays both sides of Peeta ... the quieter, thoughtful side, as well as the outgoing persona he portrays while on camera in front of Panem before and after "the games." Throughout the three books, I flip-flopped between favoring Peeta and Gale, but by the end, Peeta won out for me. Hutcherson makes it easy to stick to that opinion. Then again, we should see more of Gale in the next films, so I might be in for more indecision in the future! 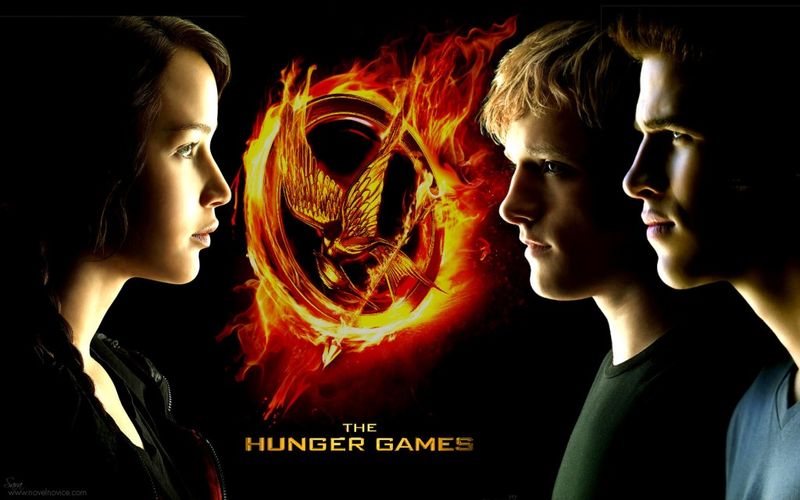 3) SUPPORTING CAST. I find the cast of the Twilight films a mixed bag. Overall, the performances are artificial ... as if some of the lines were said simply because they were in the book, so they were obligated to say them. Know what I mean? I did like Alice and Rosalie from time to time. But Jasper came off sort of clownish. The paranoid look that always seemed to be on his face seemed a bit overdone. I mean, yeah ... Jasper is supposed to be unpredictable and tormented. However, the books painted him dark and edgy as a result. The films make him look like a skittish rodent. 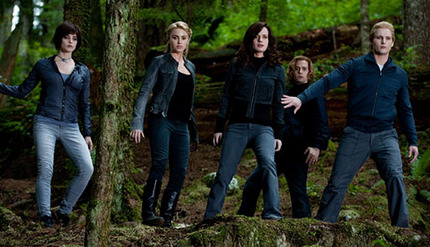 Poor Jasper looks like he's going to pass out cold back there!

Thinking about the cast of The Hunger Games instantly brings to mind stellar performances by Woody Harrelson as Haymitch, Lenny Kravitz as Cinna, Willow Shields as Prim, and Amandla Stenberg as Rue. Oh, and Stanley Tucci as Caesar. And Donald Sutherland as Snow ... and .... catch my drift?

4) CHEESE FACTOR. I'll make this one short and sweet: To list the cheese in the Twilight films, I would need to devote several posts to cover them, and it's not the plot I'm talking about. Let's just say that the cheese factor wasn't in the books.

The only cheesy moment I found in The Hunger Games was when Katniss twirled her dress, sending the bottom into flames. The concept wasn't cheesy, but there was something about the effect that took me out of the moment for a minute to think, "uh ... ouch ... a bit phony."

Anyway, I can't help but wonder what the Twilight films would have been like with another cast or another director or producer or ... I don't know. I just wish whatever was missing in production could have been there to bring the feeling of the books into the films. Am I alone in my opinion? What do you think was missing, if anything? What did The Hunger Games do right and Twilight do wrong ... or vice verse?

I imagine I've probably offended someone with this post, but really, I don't mean to. I fully appreciate the subjective nature of films and books, and I know Twilight was spot-on for many people. So really, I would love to read other views on comparing the two film franchises! Unless ... of course ... you are one of those guys out there who complain to me about Twilight because there was too much "mush." To those men (and I've run into quite a few ... you know who you are!), I'll say it once more: The Twilight saga is a romance. It was never intended to be a vampire flick along the lines of Near Dark, Lost Boys, or Interview with the Vampire. But there is good news for those of you who want to see more instances of stake and fang action: Abraham Lincoln ... Vampire Hunter looks like it might be more your speed! 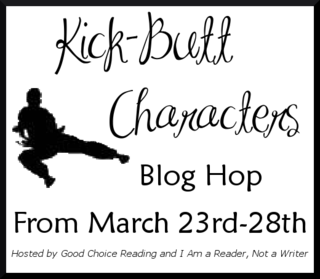 - One of six e-copies of my YA fantasy novel Treehugger!
(You will be given a code to use on Smashwords.com where you can
download whichever version you would like)

- One of two signed paperback copies of my
YA fantasy novel Treehugger.

Welcome to my stop on the Kick Butt Characters Blog Hop, hosted by I Am A Reader, Not A Writer and Good Choice Reading. Thanks so much for stopping by! If you're not familiar with entering Blog Hop Giveaways, it's easy...

2) If you wish to gain extra entries, do any or all of the other actions listed in the entry form.

My friend Brenda and I wear capes--yes, like superheroes. Each is emblazoned with a huge "S." No, you can't see them; they are invisible. The idea behind them is that, like many women, we are multi-dimensional people with too much on our plates and not enough time to complete it all without coming dangerously close to losing our minds. From time to time, our capes get snagged on a nail and we panic, unable to move forward. That's when we rely on each other to come along and work the cape off the nail. Our biggest fear that we'll get our capes caught at the same time!

So what does the "S" on my cape stand for? Different things at different times: 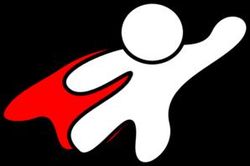 The other day I ran seven errands in one hour and managed to pick up the kids on time. So, "S" is for ... Speedy!

With one family member after another getting sick in my house, I've been getting neurotic over germs. So, "S" is for ... Sanitizer!

In a mad search for a particular bag, I threw myself into a closet to search the bottom for said bag. Frustrated that I couldn't find it, I lifted my head without thinking and slammed it into an edge on the closet organizer. So, "S" often stands for ...  Stupid!

Often, I try to pray my way out of one overbooked mess after another, so "S" is for ... Supplication.

"Um...Sweetie? Are you wearing that to school? I don't know if the grade school world is ready for your handmade headband design." So, "S" is for ... Subtle.

"Sorry, darling. Clearly, I wasn't using my super telepathic powers when planning dinner, so I didn't know you had pizza for lunch." "S" is for ... Sarcasm.

While editing Book Two, I added a scene that came to me spur of the moment. The scene was so real, so romantic and sweet, so perfect that I would love to  share it here, but I don't want to throw a spoiler out. So I had to add the scene; it was as if it should have been included all along. When scenes like that hit you, they remind you of why you love to write! So "S" is for ... Surreal!

There is a lot of trading homes for babysitting purposes and last-minute changing of plans in my world. So "S" is for ... Switcheroo!

When I run into a fellow superwoman with her cape stuck on a nail, "S" is for ... Sympathetic.

Somehow, I doubt "S" will ever stand for Serenity, Simple, or  Sane. Still, despite the whirlwind craziness, I suppose I can still give my life a big "S" for ... Stellar!

What letter is on your cape and what does it stand for?

Poll: E-Readers and the people who use them! 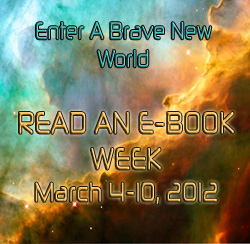 In honor of E-Reader Week at Smashwords.com, I thought I would take a poll on e-reader preferences. Just copy the following questions into a comment and answer! Also, at the end of the week, I will choose one responder (using a randomizer) and send them the code for a FREE e-copy of Treehugger. However, during E-Reader Week  at Smashwords (3/4/12 - 3/10/12), you can purchase Treehugger (for whichever e-reader you use) at Smashwords for 50% off (final price will be $1.50).

So here are my questions (Please answer at least 4 to qualify):

3) Do you use a "book cover" to cover your book? Do you read with your e-reader inside the cover or out of it?

4) Is there a type of publication you have no interest in reading off an e-reader?

5) Approximately how many books do you have on your e-reader at the moment?

6) What do you imagine the future holds for bookstores and/or libraries?